This is one in a series of Nebraska News Service stories about election and voting issues in the state and the efforts of people and organizations who are working to strengthen democracy. This series is part of a national initiative — USDemocracyDay.org — in which more than 300 news outlets published stories on Democracy Day, Sept. 15, to bring attention to the crisis facing American democracy.

In the heart of North Omaha, Preston Love Jr. can be found working on several projects to serve his community.

Whether he’s sharing the history of his city for the North Omaha Legacy tours he founded, teaching a Black studies class as an adjunct professor at the University of Nebraska at Omaha or visiting the residents of Omaha to increase voter participation, Love’s consistent involvement is why he sees himself as the most active non-elected official in the Black community in Nebraska.

These days, the 80-year-old Omaha native is focused on reaching out to the youth, and connecting and inspiring the younger generations to challenge the lack of democracy in their own communities and beyond.

“As I’ve gotten older, I’m more a voice, a writer, a speaker, than I am a foot soldier,” he said. “But I have been concerned from the very beginning. I’ve tried more recently to develop and work with young people. I’m proud to bring younger folks up.”

For Love, it wasn’t until after his college experience that he became so focused on the community. While playing as a Husker football player and studying economics in the 1960s, Love said his focus was not on democracy after his graduation in 1966. He became a pioneer as a marketing executive at IBM for 15 years. He said he experienced challenges with racism in the corporate world, but he did not connect his experiences to the pursuit of equality. Everything changed, including himself, when he moved to Atlanta.

“I met and became very close to all of the iconic Civil Rights moguls from the 60s,” he said. “The King family, the Young family. I worked for Andrew Young as the commissioner of planning while he was Atlanta’s mayor. I became very close to him and it changed me. I made a significant transformation to someone who was very concerned and very involved in the community.

“We didn’t challenge democracy, we challenged the absence of democracy.”

From there, Love’s lifelong work in political activism was born. He worked for Harold Washington during his mayoral campaign in Chicago. And in 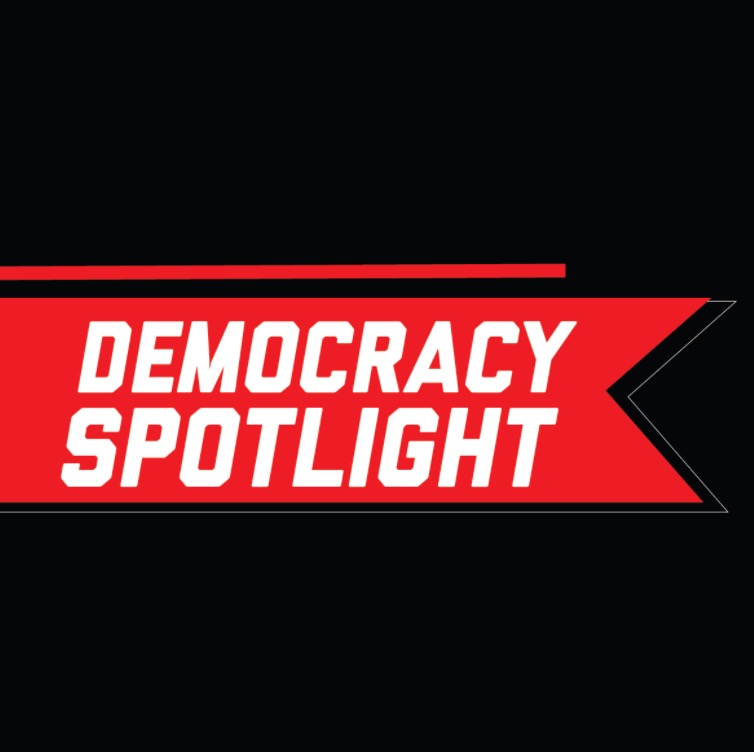 1984, he was appointed by Jesse Jackson as his presidential campaign manager during the Democratic primaries. He said that only after publishing five books, teaching and learning at UNO and becoming more wise and knowledgeable did he realize the duality of America’s history.

Since then, Love’s impact has been based in North Omaha. In his 2016 book, “Economic Cataracts,” Love confronts the lack of community engagement in poverty-stricken communities and applied it to his own home. Love said his community has been suffering from many disparities, all rooted in the racist lack of democracy. Love said the impediments to voting accessibility limit his community from getting out to vote.

In North Omaha, Love said the community’s voter participation is 10 percent less than the rest of the city. “That’s a direct result of attacks on democracy,” Love said. “There is a different impact on the people, who because of lack of democracy, find themselves in poverty and are more concerned about surviving rather than staying up to educate themselves.

“I don’t blame the people,” he said. “I blame the situation that they’ve been put in generationally over the years.”

As Nebraska’s November election nears and with the increase in the minimum wage on the ballot, Love said it’s important for his community to know there’s a lot at stake for their own lives if they don’t come out to vote.

In the meantime, Love and other community activists have been working diligently in North Omaha to inform and engage voter participation. Love’s

Love listed the various initiatives he’s involved in: “We give rides to the polls, we give special attention to seniors and neighborhoods who don’t have the time to concentrate and visit them. We have town hall meetings where we try to acquaint the people with the issues and the candidates. We provide literature. And then people like me, I’m speaking and writing about these things constantly.”

Love said there are many ways for citizens to get involved in w local politics. In 2020, Love ran as a write-in for the U.S. Senate seat after candidate Chris Janieck lost the Democratic Party’s support for sexual harassment allegations. He became the first Black Nebraskan to be endorsed by the Democratic Party and received the most write-in votes than any candidate in any Nebraska race.

Love wants the younger generation to hold their representatives accountable and elect people who have their interests in mind. He said he also wants the youth to step into those leadership roles themselves.

“The new generation needs to be some of those people who see and understand what needs to be done and then be out there running,” he said. “Because that’s what we lack. We lack folks who are looking out for us.”

For American youth, Love said there’s much more on the table than what he faced during his activism after the Civil Rights movement; he said this includes climate change, women and gender rights, mass incarceration, racism, and the list goes on.

And his message to the new generation is this: “Realize that challenge has three parts: one, realize the challenges that you have. Two, step up and not be silent while it’s happening. And lastly, be a leader for change. That doesn’t mean you gotta be Martin or Malcolm. It might just be being a leader with your five friends or your family. Don’t accept nonsense. Accept integrity, honesty, responsibility, and leadership.”

Views from the Legislature: Day One, 2023